Phoenix’s dramatic turnaround season hit a new peak in their 126-120 victory over Houston on Monday, one that set a new standard of long-distance damage. The Suns set an NBA record with 12 made 3-pointers in the second quarter, eclipsing the previous mark of 11.

Jae Crowder highlighted the hot streak with a perfect 5-for-5 showing from beyond the arc in the quarter, while the Suns as a team shot 12-for-16 from downtown in that 12-minute span.

Phoenix finished the game with a new franchise record 25 made 3-pointers, with Crowder accounting for eight of them. Nine different Suns players made at least one 3-pointer on the night. 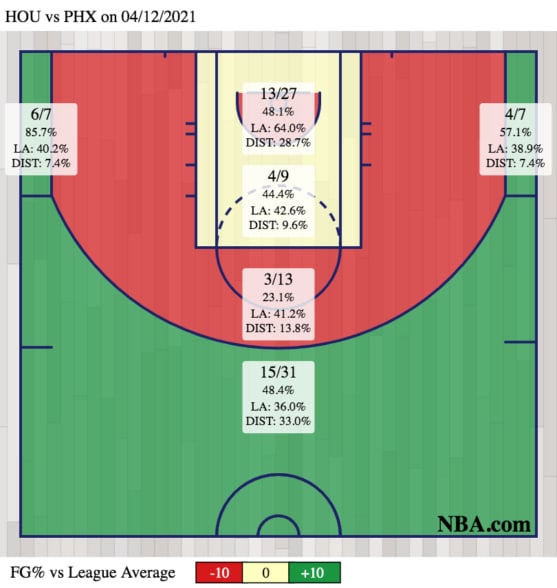 Phoenix, which holds the league’s second-longest playoff drought (10 years), currently boasts the second-best record in the league and trails first-place Utah by 1.5 games in the standings.

PTBNL in Mariners deal has been named

20 hours ago
Connect With Us Listen To Us On