MLB’s bombshell statement regarding a potential relocation of the Oakland Athletics is the talk of the sports world right now.

The A’s have struggled working with local authorities in Northern California to build a new stadium on the waterfront. Meanwhile, owner John Fisher continues to be among the most embattled at his position in the baseball world.

This could very well lead to the Oakland Athletics relocating from Northern California after joining that market back in 1968. If so, here’s a look at their five-best potential destinations.

We start with this growing desert metropolis as the most obvious relocation option for the Oakland Athletics. The NFL’s Raiders moved from Oakland to Vegas and have been met with a booming fan base. The NHL’s Golden Knights boast that league’s best home-ice advantage and have been the most-successful expansion franchise in modern NHL history. These are two major backdrops both the Oakland Athletics and MLB will consider.

Vegas saw more than 50,000 people relocate to the city in the first quarter of 2021. Individuals are primarily moving from California and Arizona due to the housing and jobs markets. Meanwhile, local authorities have considered building a MLB ballpark at the current Rio site and have looked at another location in the suburb of Henderson. MLB will be in Las Vegas within the next decade. And with the A’s Triple-A affiliate already in the desert, it just makes too much sense for the big-league club to relocate.

Despite California seeing a downtick in population in the most-recent census, San Jose still ranks as the 11th-most populated city in the United States. It should be the host to more than one team in the four major sports, the NHL’s San Jose Sharks. 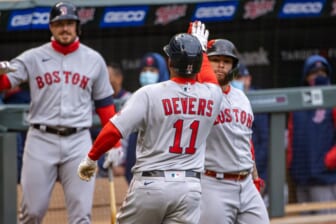 Obviously, the San Francisco Giants’ territorial rights to the growing metropolis could play a major role here. But with the MLB’s recent statement regarding Oakland’s situation something could very well work out in this regard. Remaining in Northern California would be one of the best options for the A’s and pretty similar to when the NFL’s 49ers moved from San Francisco to Santa Clara.

Being in the news for the wrong reasons recently doesn’t change the dynamics too much in this growing Pacific Northwest city. It’s far enough away from Seattle for this to work and could create an even larger rivalry in the American League West with the Mariners. That’s something both the Oakland Athletics and MLB will take into account.

As a relocation destination, Portland is right behind the likes of Detroit and Boston in terms of population. Narratives aside, it would not be considered a small market.

Yes another city that has been on a major upswing, San Antonio has quickly become a big tourist destination. It’s also seen as a more modern iteration of Texas, joining Austin in the process. With the seventh-biggest population in the United States, the A’s wouldn’t have to worry about being a small-market team any longer.

More than three hours from Houston and more than four hours from Arlington, there wouldn’t be a geographical issue as it pertains to the Astros and Rangers, respectively. Some might say three MLB teams in Texas is too much. That’s until we realize that California has worked well with five teams. This almost makes too much sense.

One of the least-populated major cities in the United States, Salt Lake might not seem like a natural fit for the A’s. They are going to want to avoid the small-market label should the MLB team relocate from Oakland after more than 50 years in Northern California. Even then, Utah’s biggest city has seen an uptick in population and is a growing entity in the West Coast.

We’ve seen the NBA’s Utah Jazz have success in the region. Heck, NBA legend Dwyane Wade just bought a stake in the organization. A move to to the Beehive State could very well lead to interest in buying the team from its current embattled owner, John Fisher.

9 hours ago
Connect With Us Listen To Us On